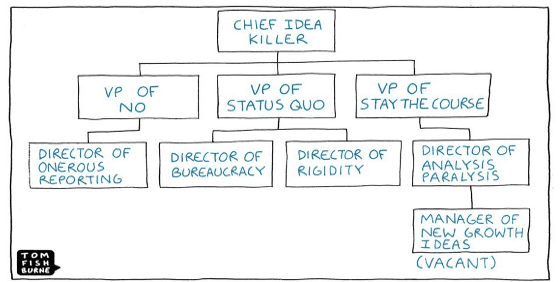 The pain of many people

Selling would be sooo much easier if it wasn’t for one thing, people.

They can be needy, worried, sceptical, emotional, impatient, unpredictable, inconsiderate, deceptive, pessimistic, confrontational, unreliable, manipulative, self-centred, a real pain in the arse. Blimey, how does anything get done?

In many cases it doesn’t, the complexity of these different characteristics across the many different people involved in the deciding and buying can make it more difficult to get deals over the line, and contribute to the massive rise in no-decision outcomes.

Successful selling is now more about people management than it is about opportunity management, the increase in prospects that make decisions based on highly differentiated buying experiences is testimony to that.

As much as people can be a pain to navigate and manage they can also be helpful, trustworthy, honest, genuine, optimistic, respectful, responsive, informative, collaborative and cooperative, the list goes on but you get my drift, there can be two sides to anyone, the side that helps and the side that hinders.

As sales professionals we are exposed to all sorts of people, how we engage with, understand and help them can determine which side they give us.

If you don’t know by now that there’s a truck load of people involved in B2B buying decisions then where the hell have you been for the past few years.

Most sales teams don’t know what the number is for a typical deal in their industry, generally they underestimate by about 50%.

The actual number is around 11 (according to Gartner) yes eleven, it’s even more for a technical solution decision.

The reason sales teams get it so wrong is they just don’t understand the deciding and buying process that their prospects go through.

In most cases they only identify the obvious active members of the buyer committee, and even then, not all of them.

What they fail to uncover is the occasional members of the buyer committee who pop in and out during the process and often have power of veto.

Whether you know it or not the buyer committee is nearly always bigger than you think.

If you think that the worst of the bad news out of the way then think again.

If you have multiple opportunities with the same prospects then it’s likely that the make-up of the buyer committee for each of them will differ, so that’s even more people you need to identify and engage with.

And don’t be fooled into focusing your efforts on the decision makers as they don’t really want to make decisions unless everyone who’s involved or impacted agrees and is on-board.

That’s all fine and dandy Mr/Mrs customer (yes, I’m a modern man embracing gender neutrality) but it’s a bloody nightmare for us poor buggers in sales.

There are often multiple decision makers who may agree or disagree with each other.

There’s a bunch of stakeholders from across the business that need to sign off on the decision.

Let’s not forget all of those influencers who use their positions to drive their will and ambitions.

And finally, the user representation who want to kick the tires before they chip in with their opinions and contribute towards a required collective yes that the buyer committee needs to move forwards.

Now add a nice sprinkle of politics over everyone and there you have it, today’s sales challenge.

Visualisation is better than memory

There are still some old schoolers that create their own who’s who prospect org charts in PowerPoint or Visio, and they largely come from a period when the buyer committee was smaller.

But they know the power of visualisation over memory, they know that by mapping out an organisation and overlapping it with relationship information will help them.

So why in these days of bigger and more complex buyer engagements are more salespeople not taking an organised approach to people management within their opportunities.

Sure, selling is now more complex and time consuming so there’s more to do, relationship maps are a nice to have rather than essential, aren’t they?

If you’re Alex Mullen, the World Memory Champion then you won’t need them.

But if you’re just like the rest of us then they’ll definitely benefit you.

The average salesperson has between 20 and 40 opportunities and for arguments sake let’s say there are between 6-10 contacts in each. So that means there could be somewhere between 120 and 400+ people involved in the deciding and buying across your opportunities.

If you’re saying that you’ve got that covered in your head then don’t waste any more timing reading this post because as a sales super hero you’ve undoubtedly got powers that the rest of us can only dream of having.

But if you’re open minded and want to improve and succeed in today’s demanding markets ask yourself this question. If I needed to map out the who’s who of each important, committed or forecasted deal, could I?

If you’re a sales leader ask yourself if your team members could do this.

Before you jump the gun with an easy yes let me add a bit more context for you because who’s involved and the reporting line is entry level knowledge not the Obi Wan Kenobi level required.

If you’ve got this far it’s because you agree with the need for people management in sales opportunities. Now think about answering the question with the added following level of detail:

If you don’t agree that this level of information is needed here’s a second chance to bail out.

If you do agree then are you starting to see that by capturing this information in a way that you can visualise would be more helpful?

Sales is a team sport

The days of the lone wolf maverick salesperson have gone in the vast majority of markets, selling is now a team sport.

The complexity of managing larger more demanding buyer committees with higher expectations means that one person is not enough.

Sales rely on others within the wider organisation to support them during the sales engagement, colleagues who would be able contribute more value if they were given a greater understanding of who’s who in the opportunity and the intangibles.

The best salespeople make the important knowledge they’ve acquired about a prospect opportunity accessible to others knowing that multiple sets of eyes and minds are better than a solitary one.

Some take team working to an even higher level within sales with co-ownership of the opportunity information whereby the responsibility to add and update the knowledge is shared.

Big or global accounts can mean big pain. They can be one company geographically spread across many counties, states or countries or groups of companies structured in a parent/child ownership.

These accounts create extra layers of selling as it will involve the need to engage and manage at a global and local levels.

How effectively you manage them will either add to or reduce the pain.

Mapping out the organisational structure at both a company and people level with the added intangibles helps salespeople visualise the bigger picture and see who and what they know to enable them to make better sales decisions.

The growth of indirect and channel sales is forecasted to rapidly rise which will add even further complexity to a situation already overdosing on complexity.

If your channel partner is a large organisation, one example could be a system integrator, then selling to and through them can be as challenging as selling to the end customer, yep you guessed it because of us, people. The same positive and negative characteristics exist whether it’s the buyer committee or the channel organisation.

Sometimes there’s a need to convince the channel partner even before the prospect. They may have multiple options (system integrators certainly do) so understanding the needs, dynamics and politics between those involved will help you win the first yes and be selected by them before you move on to working together to win the big yes.

Whether sales leadership or business led the coming together to discuss the position with must win, committed or important deals can be as productive and as much fun as trying to lick your own elbow.

When were they ever a good use of everyone’s times, rarely?

When did they ever provide clarity on the who, why, what when and how, occasionally?

When did you ever come away feeling confident that as a team you really knew what you needed to know about the people and the deal, hmm…?

Presenting a buyer committee relationship and stakeholder map with individual profiles as part of a deal review can be a light bulb moment for everyone.

The primary focus of any sales team is to win, retain and grow customers.

The net result is complexity

Mapping and visualising this complexity is a no brainer for anyone who wants to improve their sales results.

Check out how Boxxstep helps with Relationship Mapping.