The challenges of navigating the buyer committee 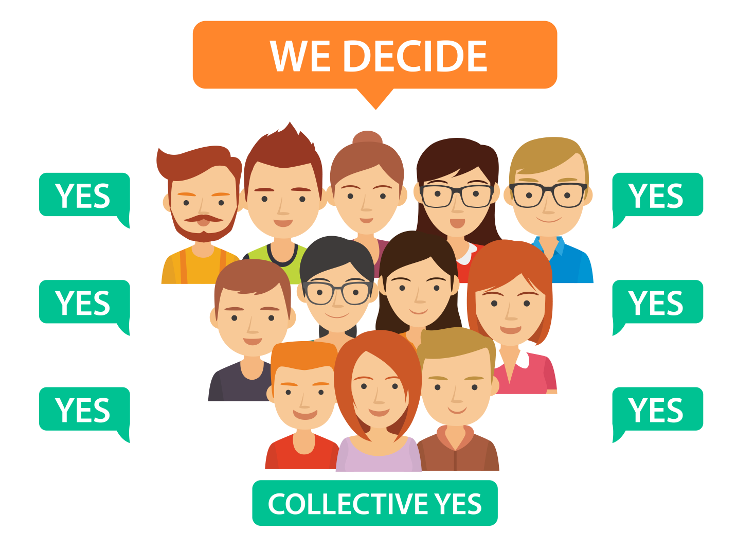 One of the biggest challenges for salespeople today is the number of contacts they have to identify and engage with.

Whether you call it the buyer committee, the buyer group or decision-making unit it’s a growing number of people involved in the deciding and buying for your sales opportunities.

To add to the challenge the more people involved the longer the sales cycle and the greater the risk of a no-decision outcome, both of which hit you were it hurts.

So, selling has become more about people management than it is opportunity management, bear with me on this one.

The purpose of this blog is to broaden your thinking about your sales engagements as the days of selling to one or two decision makers and getting the deal over the line have long gone.

Consensus based decision making is now the norm, decision makers and stakeholders don’t want to sign off and move forward unless consensus is achieved across the group/committee, they want to know that everyone (or at least the vast majority) are aligned.

It’s no longer about getting a yes it’s about getting a collective yes. As soon as you require anything in multiples it becomes more complicated, that’s one of the reasons sales has become tougher because many yeses are more challenging than one

I speak with sales leaders every day and here are some of the main problems they highlight:

Have you experienced any, if not all of them’ at one point or another? I spent 20 years as an exec sales leader in high tech and software and I certainly did. All too often.

How you manage your prospects buyer committee is a problem and an opportunity.

But this is not about shortcut selling, effective engagement and management of the buyer committee is hard work, but it’s work that’s worth doing as it will positively impact your results.

Here’s a question for you – How many prospects contacts are normally involved in your sales engagements?

If you’re like most sales leaders you’ll say somewhere between 4 and 6.

Gartner did some extensive research with B2B buyers and discovered that the typical number of contacts involved in the deciding and buying is now 11, it’s even more if it’s a technical solution decision where it’s between 12-14. To be clear, 11 is the average number, there will be companies where it is lower and some where it is higher.

To add to the complexity the research also showed that the more contacts that were involved the higher the probability that no-decision would be the outcome. Getting a larger group of people to agree is one of life’s challenges.

Around 50% of forecasted opportunities result in do-nothing deals, they maintain the status quo. Even taking into account that a chunk of these deals were badly qualified and should never have been forecasted this is an alarming statistic.

This research shows that there is a huge disparity between what sellers think and what buyers state.

Why is the delta between the sellers view and the buying reality so large?

One of the reasons is that the buyer committee can be an ever-changing group, there are active and occasional participants. Salespeople should constantly be monitoring change and never ever ignore the occasionals as they could hold power of veto.

Another reason is that 80% of your salespeople don’t identify them. This is probably because the overhead associated with such a large buyer committee is daunting, but essential if more predictable success is to be achieved.

The natural instinct for a salesperson is to home in on the most senior levels, that’s were stuff gets done, right? Maybe, but influence, in many cases, is now more powerful than authority and influence comes from the trenches.

2nd, 3rd and even 4th tier contacts have a say in the outcome. Execs and decision makers trust the recommendations of their teams and sign off committee-based decisions.

They have learnt that decisions that were made without consulting the wider organisation hit hurdles, including one of the most important ones which is user adoption.

There are two things that salespeople need to understand about the buyer committee, who’s in it and what’s important to each of them.

Don’t think sell, think help. Focus on what’s important to them, don’t make pre-determined assumptions, understand the individual specifics relevant to that person. They’re all on the committee and all contribute to the decision.

Every contact will have business and personal motivations, their own KPI’s, agendas and challenges will influence their position.

What do you need to know about each member of the buyer committee? The following is the minimum:

Please do not think this is overkill, remember selling is now about people management, and people can be high maintenance.

For visual clarity map out the buyer committee. If you don’t have a relationship mapping tool then just use any presentation or graphics application. You’d be delighted at how much easier it becomes if you can visualise who you know and don’t know.

A common problem for salespeople is identifying who’s on the buyer committee.

Existing contacts don’t always facilitate introductions, and the committee can expand as the process evolves.

Check out my blog Know your customers buying process for ideas on how to expand your contact footprint.

How would doing this help your sales team?

If you agree that a buyer centric engagement will be more effective for your sales team and that buyer discovery needs increased attention then here’s what you can expect from the results:

Some sales teams can rely on vastly superior product or price position to do their numbers, the actual selling involved is minimal. But for the vast majority of sales teams who are in highly competitive red ocean markets every small differentiator counts.

Failure to identify, engage and collaborate with the buyer committee is common, and a missed opportunity.

Everyone knows that the ‘who’ and ‘what’ are fundamentals of successful selling, but not enough salespeople and sales leaders focus enough attention on knowing it.

The more you know about ‘who’ is involved and ‘what’ is important to them the better positioned you are to navigate and manage the buyer committee.

Don’t just think individual yes from a decision-maker, think yeses from everyone. Of course, this is tough, this means more work, but nobody said selling was easy.

Check out how Boxxstep helps through Relationship Mapping