What is a real Sales Champion? 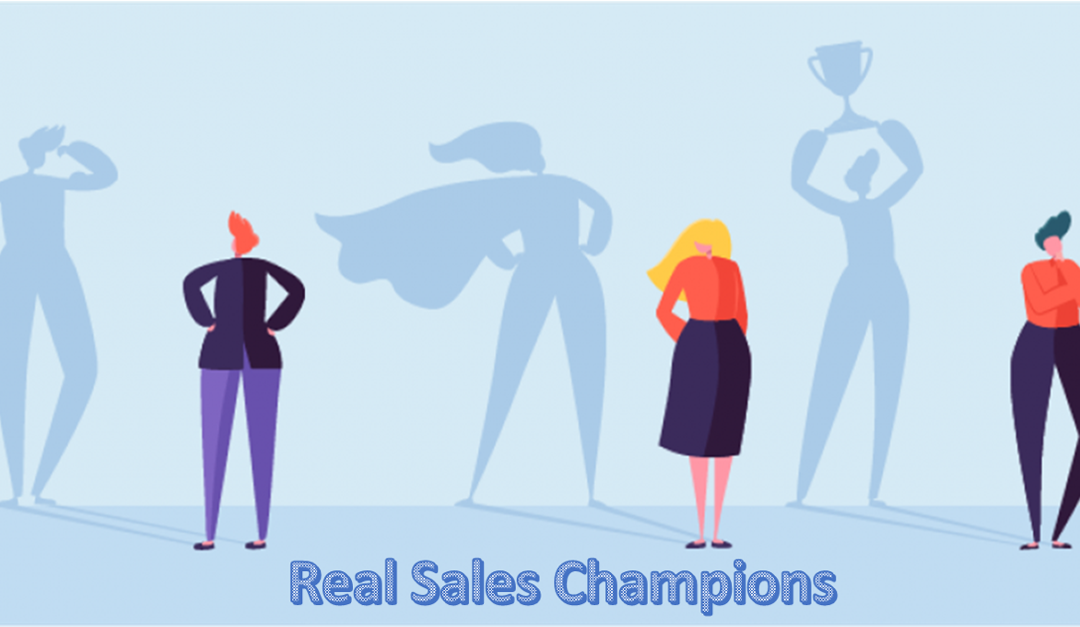 An opportunity without a sales champion is an uphill struggle, or as some experts say – No Champion, No Deal.

Buying complexity has increased, and the old ways of the buyer/seller dance are no longer effective.

It’s hard, if not impossible, to be successful from the outside, that is why having a sales champion on the inside is or should be the goal for every sales professional.

Gaining a true Champion can be like receiving the ‘Gold Ticket’, but all too often many of the prerequisites for this contact are bypassed and the person that sellers rely on is more ‘Fools Gold’.

As a general rule salespeople are social gregarious creatures who favour being liked.

They mistake being liked by a buyer contact as a sign of an ally, someone who is on their side.

Why are these mistakes?

Buyers can also be gregarious social creatures and liking you and your proposition makes them a fan, not your sales champion.

Another common mistake is that salespeople are often magnetised towards perceived authority based on hierarchy.

Titles do not automatically come with influence in the buying process.

Times have changed, the majority of decisions are now made below the c-suite and exec level.

They rely on their trusted teams to make a recommendation/decision, with justification of course, before they sign off and approve.

Finding a real Champion at the top level will undoubtedly put any sales team in a preferential position, but they’re not so easy to get.

Finding buyers with ambition who are looking to climb the corporate ladder off the back of driving beneficial change for the company would be the ones I’d target.

Qualification includes having a Champion

The importance of having a sales Champion now forms part of popular qualification processes such as MEDDICC which is widely used by many companies, especially in SaaS and tech sales.

MEDDICC views a Champion as someone who:

With well-defined processes like MEDDICC salespeople are driven to tag someone as their Champion in order for a deal to be recognised as qualified, another tick in the box.

Sales leaders push their teams to have a Champion on every opportunity, but rarely do they fully analyse the substance behind the selection. Ticking the box doesn’t mean it’s true.

Another hurdle that trips many salespeople up is mistaking a contact that coaches them as their Champion.

The coach is different, whilst they may provide the inside track and aid progress unless they have power, influence and will proactively be an advocate for you then they are not your Champion.

Coaches shouldn’t be ignored; they are another piece of the puzzle. Your customers buying committee will most likely comprise contacts, coaches and champions. That’s right, plural, having multiple Champions is achievable.

What makes a great sales Champion?

The status of your sales Champion should not be given away too easily.

If someone is your Champion then you will have had to work really hard to get to this level of relationship.

If they’re your Champion then your management and colleagues will assume this is a relationship of substance with a person of influence.

Here’s an example tick list you can consider for benchmarking who is or isn’t your sales champion for an opportunity.

One of my favourite sales experts is Jeff Hoffman who makes it even simpler.

He narrows the requirement for a real Champion down to two things:

Jeff recommends you identify the right person, then try closing them to be your Champion.

Then be honest with them when asking, give them the definition of what you see as being a Champion, the worse scenario is that you can qualify them out.

If you don’t know Jeff then you need to. Check out Sell Hoffman and sign up for his Tuesday with Hoffman webinars, they’re both insightful and fun.

Revisit your existing opportunities and challenge yourself. Do the people that you’ve identified as your Champions live up to that status?

If they do then great, if they don’t then circle back.

Review if they can, and will be your Champion

A Sales Champion is someone of real value to you and their own business, don’t dilute it by setting the benchmark low.

The sales champion is part of a wider buying committee that you need to identify, engage and manage.

Check out our blog Why use Relationship Mapping for Key Accounts and Opportunities to learn how you can organise what you know about your prospects buying committees.